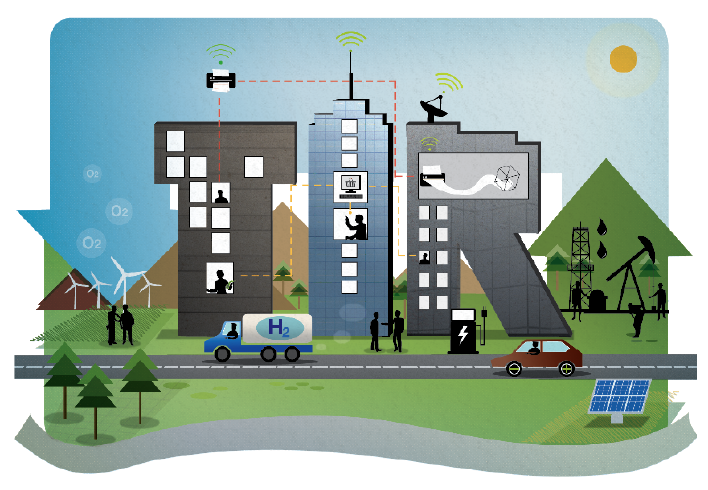 The Third Industrial Revolution: How the Internet, Green Electricity, and 3-D Printing are Ushering in a Sustainable Era of Distributed Capitalism

Our industrial civilization is at a crossroads. Oil and the other fossil fuel energies that make up the industrial way of life are sunsetting, and the technologies made from and propelled by these energies are antiquated. The entire industrial infrastructure built off of fossil fuels is aging and in disrepair. The result is that unemployment is rising to dangerous levels all over the world. Governments, businesses and consumers are awash in debt and living standards are declining everywhere. A record one billion human beings — nearly one seventh of the human race—face hunger and starvation. Worse, climate change from fossil fuel-based industrial activity looms on the horizon, imperiling our own species’ very ability to survive.

Since the beginning of the Great Recession in the summer of 2008, governments, the business community, and civil society have been embroiled in a fierce debate over how to restart the global economy. While austerity measures and fiscal, labor, and market reforms will all be necessary, they are not sufficient to re-grow the economy. Let me explain by way of an anecdote. Just months after arriving in office, the new Chancellor of Germany, Angela Merkel, asked me to come to Berlin to help her administration address the question of how to create new jobs and grow the German economy in the twenty-first century. I began my remarks by asking the chancellor, “How do you grow the German economy, the EU economy, or, for that matter, the global economy, in the last stages of a great energy era and an industrial revolution built on it?”

“It is becoming clear that the Second Industrial Revolution is dying. What we need now is a bold new economic narrative that can take us into a sustainable post carbon future.”

It is becoming increasingly clear that the Second Industrial Revolution is dying and that industrial induced CO2 emissions are threatening the viability of life on Earth. What we need now is a bold new economic narrative that can take us into a sustainable post-carbon future. Finding that new vision requires an understanding of the technological forces that precipitate the profound transformations in society.